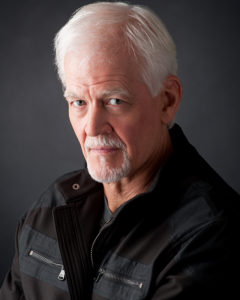 Doctor Richard Howell first became interested in martial arts because of his children‘s classes – 28 years ago — Karakido Karate Martial Arts with Grand Master Roger Jones. Dr. Howell has become a 8th degree black belt. He recently achieved promotion into the Karakido Hall of Fame for outstanding dedication to the system.

His roots are primarily Americanized Shotokan Karate. Think of him roughly as fourth generation Funakoshi with mutations!

Dr. Howell has always enjoyed teaching and motivating. Teaching has deepened his understanding of combative movement, sculpted his curriculum, and helped maintain a consistent pant size – all important.

Early on, he appreciated the value and function of self defense (SD) for every-day folks. Modern-day, urban SD has been evolving along its own pathway. Some credit can go to the Israelis for development of Krav Maga – an aggressive martial arts hybrid designed to train military and civilians alike.

It is Dr. Howell’s persistent goal to explore various systems, searching for surviving threads of application — those consistent, simple principles. He values his recent training in Commando Krav Maga and Integrated Combative Concepts.

Since 2008, his personal training goal has been to advance his skills via persistent training in Target Focus Training, a powerful, well-presented system offered by CEO, Tim Larkin and Mater Instructor, Chris Ranck-Buhr.

The take-a-way, the synthesis, is to keep SD movements gross-motor, very targeted, and traumatic. But the instruction must be safe – just one basis for the name Double Edge Self Defense.

He promises to bring intent to each class. (He works out right next to you.) He will challenge your dogma, your mind, and your stamina.